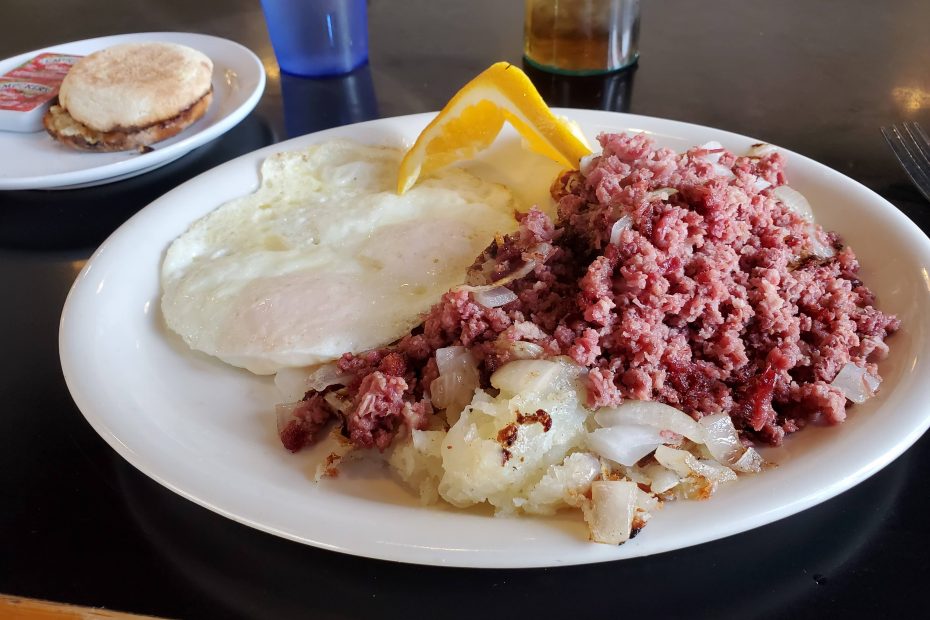 After Golden Gate Canyon kicking my butt again I was pretty hungry. I decided to make my way into downtown Golden. Downtown was pretty busy for a weekday and it was nice to see people out and eating again on patio’s.

I you have read this blog you know I have never seen a “Diner” sign that I could pass up. There is something about an old timey diner that is always good. Well today I found the Golden Diner on 12th street just off the main strip of historic downtown.

I tried to sit outside but the 95 degree heat had me change my mind and grab a table inside. They had some seats at a bar area and a few tables spaced throughout the inside. It looked like some tables were taped off or removed to keep social distancing.

I asked my server what they were known as I do and she told me that everything was made from scratch and started mentioning many things but I stopped her when she got to Corned Beef Hash. Just like there is no diner I can pass up, there is rarely a time I can pass up on a Corned Beef Hash. I ordered it with an English muffin (which she told me was also made fresh locally at a bakery) and the eggs over easy.

Not sure about the rest of you, but corned beef hash isn’t quite the same without mashing some eggs up in it. The corned beef, which I was told was brined in a home made brine, was good and flavorful. It definitely had a salty taste to it which I needed after a long hike. Some onions were also mixed in as well which was a nice touch.

The only issue I had with the meal was that the corned beef was cut really small almost like it was ground. On a home made hash its nice to get some of the bigger chunks of the meat from time to time in my opinion.

I still ate the entire plate in what could have been a record time though so it obviously didn’t bother me too much! If you find yourself in Golden, give them a shot.

I have added this restaurant and all the restaurants I have been to on my interactive map that you can find here. If you have suggestions on where I should go or comments you can email me at fatmanlittletrails@gmail.com or follow me on any of the below social media channels.