Chimney Rock National Monument is located in Colorado between Durango and Pagosa Springs. The monument is split between a lower mesa section with a nature trail, gift shop, and welcome center. On the top mesa, which this blog is about, are historical ruins of the Ancestral Puebloan who lived in the area around 1000 A.D.

The park itself is seven square miles and it is estimated there are over 200 structures including homes and ceremonial buildings. A few of those structures are open to the public and can be seen on the upper portion of the Chimney Rock National Monument.

I was one of the first people there in the morning and had the privilege of walking with a couple of the volunteers at the park. They took the time to answer questions and explain some of the history of the area and it was a great visit. If you have an interest to donate to the organization you can do that here.

When you reach the top section of the park there is a small parking area. From the parking lot you can head down the trail to the Mesa Village or up the stairs to the Great House trail. The Mesa Village trail is paved with a gentle grade that a majority of people should be able to enjoy.

The self guided tour around the mesa takes you past several ancestral pit houses with info graphics explaining the history of the area. It is a really fantastic way to learn the history and see the historic site dug out and in really good condition. Granted they are about a thousand years old so good condition is relative.

One of the highlights of the Mesa Village is the Great Kiva. A Kiva is a chamber built partly underground that was used for religious ceremonies by the Puebloan people. The Great Kiva still holds its round shape with information nearby to explain the ceremonies. You can see more about the Kiva’s and the Puebloan people of southwest Colorado in my write up on Mesa Verde National Park.

If you make it to the Mesa Village make sure to stop by the Great Kiva before rounding out your trip. When you finish the tour around the village you can now make your way up the hill to the Great House. The hike to the Great House is much more challenging and steep so you will need a bit more physical abilities.

At the top of the upper mesa is the Great House. The Great House is a bit of a mystery. It was not near any water or crop fields so it was most likely used for something special. Possibly studying astronomical phenomena or ceremonies. What isn’t a mystery is how hard it must have been to build. Hundreds of thousands of stones were hauled from the bottom area up the steep hill and must have been some undertaking.

The Great House had about twenty chambers that I could see. Grass has grown between some of the walls. There is one spot where you can walk over the wall and get a close look at the round chamber, which may have been another kiva. It was pretty humbling to see the foundations of this great structure that was built without tools a thousand years ago. The history of the peoples who lived there was inspiring and something that I enjoyed as much as the ruins themselves.

A little farther up the mesa you come to the viewing point of the Chimney Rocks. The rock formations are thought to have had a very high spiritual meaning to the Puebloans. There is an event called the Northern Major Lunar Standstill that happens every eighteen and a half years. During this time the moon rises directly between the two rock formations as seen from the Great House. Researchers believe that this may have the been one of the reasons for the building of the Great House and why this is one of the most special places for the Puebloans.

History aside, the two giant towers are an amazing sight in person. You can’t hike too close to them but there are several good viewpoints from the top of the mesa. The Chimneys tower over everything and stand out and above everything else in the area. It is easy to see how special they are even on the first viewing. The towers aren’t the only amazing view from the top of the mesa. The surrounding hillsides and mesa tops covered in green are a sight to be seen.

Looking down the valley there are several ridgelines and a few current farms below. I spoke to one of the volunteers who said that the Puebloans would use some of the ridge lines and mesa tops as areas to house smoke signals to communicate. They told me that they would light the fires to communicate all the way down the valley with other groups in the area and that the fires from Chimney Rock could be seen as far away as Mesa Verde which is just over 80 miles away. Another fascinating look at the communities and communication of these ancient tribes.

Earlier I mentioned that the hike to the Great House is unlike any of the previous hikes in Chimney Rock National Monument. To start, this hike is not paved and instead is a combination of dirt and rock. The rocks can get a little uneven so keep an eye on where you step. Make sure to wear a good pair of shoes with some support to be safe. Secondly, this trail gets a bit steep. While there is only a total of 160 feet of elevation gain, there are a couple of steep sections. The elevation can get as high as a 19% Grade. Finally, the hike will take you to an altitude of 7,620 feet so if you aren’t used to altitude that could be a challenge for some.

Despite the challenges, the hike is worth it. The views and the Great House make it a wonderful payoff for the challenge of the hike. They even have a nice sign you can hold up at the top showing that you made it!

The Chimney Rock National Monument is located on Colorado 151. It is about 20 miles west of Pagosa Springs. There is a parking lot for about 30 cars at the lower section with a gift shop and visitor center near. There are pit toilets available at that parking lot. Parking is available for about 15 cars in the upper section. The Park is open from 9am-4:30pm from May 15th through September 30th. You will need to arrive by 3:15pm at the latest to enjoy the park.

I didn’t even know Chimney Rock National Monument was in Colorado until I saw the sign. I was fascinated by the history and ruins at the site. The upper mesa was full of information about the Ancestral Puebloan people. It was a perfect carryover from my stop at Mesa Verde National Park.

I really enjoyed my time here and spent about a half a day. Just slowly walking around trying to soak up the past and the views. It is definitely worth a stop if you find yourself in the Pagosa Springs area in the summer.

I have added this hike and all of my hikes to my interactive map page that you can find here. If you have a suggestion or comment you can email me at fatmanlittletrails@gmail.com. Or follow me on any of the below social media platforms. Happy Hiking! 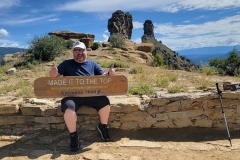 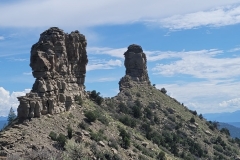 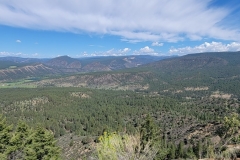 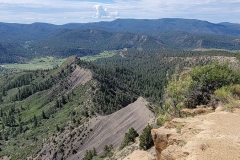 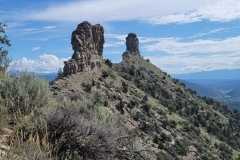 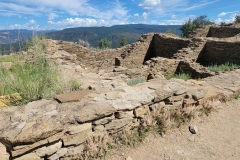 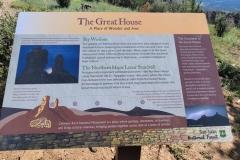 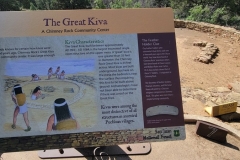 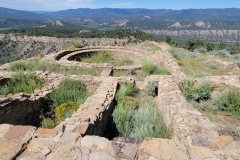 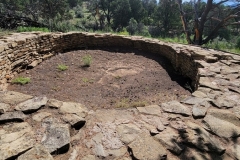 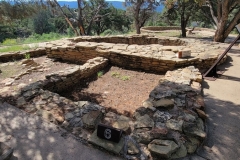 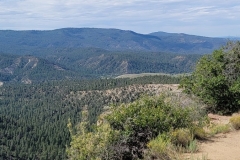 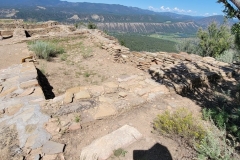 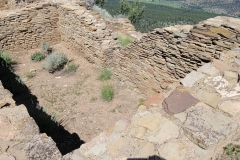 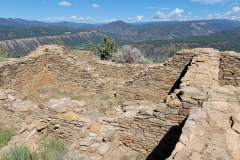 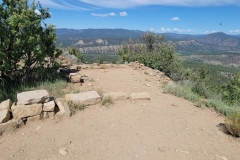 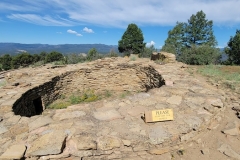 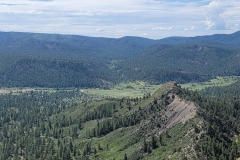 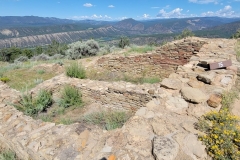