Garden of the Gods

Garden of the Gods

The Garden of the Gods is a stunning park located in Colorado Springs that features giant red rock formations, views of Pikes Peak, and plenty of hiking that should be good for all skill levels. The Central Garden area is half paved and then there are more rustic trails around so a little something for everyone!

There are a couple of entrances to the Garden of the Gods, although on my trip the main one was closed due to road construction. There are also several different parking areas spread throughout the park. The most popular attraction is the Central Garden and the parking lot for that is very busy. There are also several trails that crisscross through park to the different features. I did a loop that included the Central Garden, Scotsman, Siamese Twin, and Palmer Trails but you can do any combo of trails depending on what you are looking to see.

The Central Garden is one of the most popular area of the Garden of the Gods park. This is where a large chunk of the iconic rock formations reside. It is also an area that climbers can get permits or lessons to climb on the rocks.

The trails around the Central Garden are also mostly paved so all skill levels should be able to navigate the area. I also saw several families pushing strollers with their kids in the area. The Central Garden area is home to several unique rock formations and you can see much more in the gallery at the bottom of the page but I wanted to show my favorite here.

My favorite rock formation is definitely Snoopy. These rocks have a striking resemblance to Snoopy laying on his back on top of his dog house. Just a fun little feature.

One of the features that becomes very visible in the Central Garden isn’t actually part of the park at all. Pikes Peak, one of the tallest mountains in Colorado at 14,115 feet, is constantly overlooking the park.

The views to the west of the park are pretty unobstructed and show the entire Pikes Peak complex at times. It is a stunning contrast to the red rock formations inside the park.

I wanted to do a bit more hiking than just in the Central Garden so I took the Scotsman trail to the south and west. While the Central Garden is paved and crowded I found a bit of freedom in the dirt trail leading away from the main feature. While it was still busy this trail allowed a bit more privacy to enjoy nature.

About a half mile away from the Central Garden is the Siamese Twins loop trail. The Siamese Twins are another extremely popular formation at the park and they come up pretty quick on the trail.

One of the most popular features of the twins is the keyhole in the middle. People would climb up into the hole to get pictures and there is usually a solid line of folks lined up for the best shot. I went a different direction and instead of sitting in the hole I looked through it…

Where I found Pikes Peak again perfectly framed within the hole!

After a bit at the sisters I took the rest of the loop, moving further to the south and east and further away from the Central Garden. The twins loop was the least populated area that I hiked and gave a different perspective of the park. It is much less lush and green and more like a desert terrain.

As the loop circles around back to the north and heads back to the sisters it also has some nice perspectives of the rest of the park.

But if you are really into the rocks this part of the loop might be a bit of a let down. It is more of a good exercise section of the trail with several up and down of hills to get the heart going. The Twins loop is actually also about two miles long making it a longer section of the big loop before reconnecting at the start of the Twins trail.

When the Twins loop finishes you can either head back to the Central Garden or take the Palmer Trail as a figure eight which is what I did. The Palmer trail heads back to the north and crosses a few more smaller rock formations that you can get nice and close to.

Palmer also takes you up above the Central Garden a bit and shows another wider perspective of the trail before eventually making it back towards the main parking lot. This is another section that is a pretty good workout. There is a two hundred foot elevation gain on Palmer in just under a half mile making it the steepest portion of the loop that I hiked.

At the end of the Palmer trail you will reconnect back to the main parking lot to finish the loop. I took another lap down into the Central Garden when I got back to enjoy more of the beautiful land.

While there are a lot of options when traveling to the Garden of the Gods, this is the hike that I did which covered most of the perimeter.

If you don’t have the AllTrails app you might want to check it out, I really love mine. It records your progress and is a great way to search for hikes that are nearby and gives you difficulty measurements. According to AllTrails today’s hike was around 4.87 miles and had a total elevation gain of about 686 feet including undulations. That put the high point at around 6,603 feet. I was also moving for a total of 1 hours and 59 minutes.

There are not a ton of extreme elevation gains at the park but there are a fair share of ups and downs. There are so many options available that you can take trails near the interior that are mostly flat or have a few staircases or some of the exterior trails that have some moderate hills. Overall, I would say that if you are going to take the full loop that I did you are looking at half moderate and half easy when it comes to effort.

The majority of the interior Garden trails are paved and really easy to manage. The rest of the trails are also very well defined and well walked on. They are a mix of rock and this really find sand/clay. I actually found the really fine sand to be a little slick and saw several people, as well as myself, slide a bit while walking. But like the rest of the park, the difficulty of the terrain will really depend on the difficulty of the trail you choose with the paved section perfect for those looking for an easy walk.

The Garden of the Gods is located between Colorado Springs and Manitou Springs in El Paso County, Colorado. The park has an entrance from each town although the Colorado Springs entrance was closed as of this writing due to road construction. There are several parking areas ranging from small (few cars) to large (50+ cars) and restroom vary by parking area. There is no fee to visit the park but it does get very busy!

Wrapping up Garden of the Gods

Garden of the Gods is one of the nicest displays of natural beauty in Colorado. It is easy to get to and easy to get around. It is actually the first place I visited when I moved here many many years ago. If you are not from the area and want to see some amazing rock formations without having to put forth a ton effort it is a perfect spot for it!

A couple of warnings about Garden of the Gods. First, it is very popular and very crowded. Parking is always a challenge and it isn’t exactly a calm time in nature by yourself. Second, it can get very hot in the summers and it is very exposed to the elements so make sure you bring sunscreen and water to stay safe!

I have added this hike and all of my hikes to my interactive map page that you can find here. If you have a suggestion or comment you can email me at fatmanlittletrails@gmail.com. Or follow me on any of the below social media platforms. Happy Hiking!

Garden of the Gods Gallery 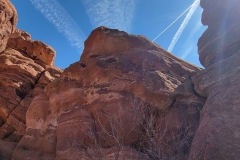 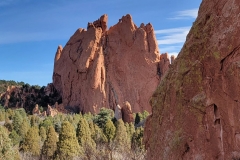 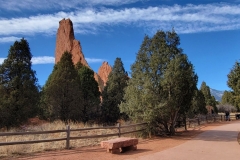 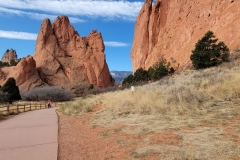 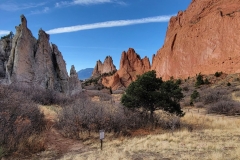 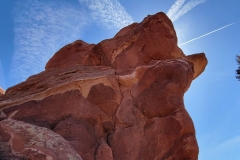 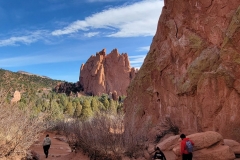 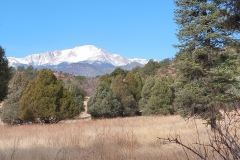 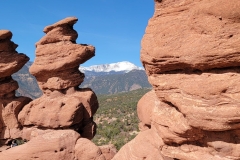 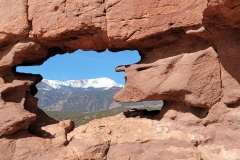 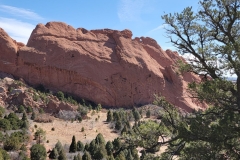 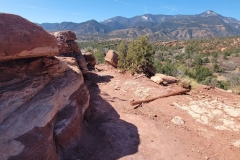 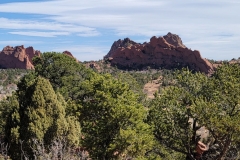 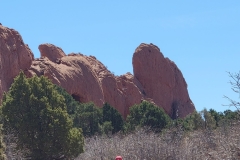 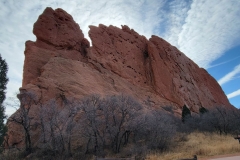 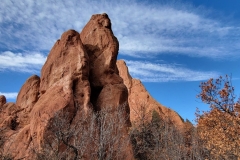 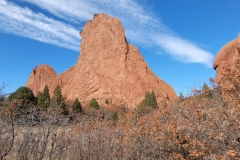 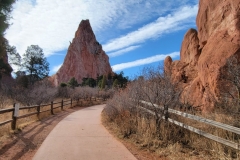 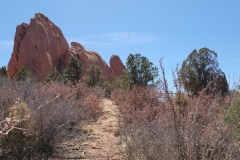 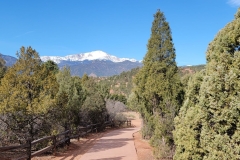 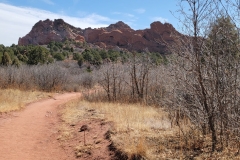 Salomon XA Pro 3D v8 Winter CSWP J Hiking Boots
$49.83 50% Off
We use cookies on our website to give you the most relevant experience by remembering your preferences and repeat visits. By clicking “Accept”, you consent to the use of ALL the cookies.
Do not sell my personal information.
Cookie SettingsAccept
Manage consent